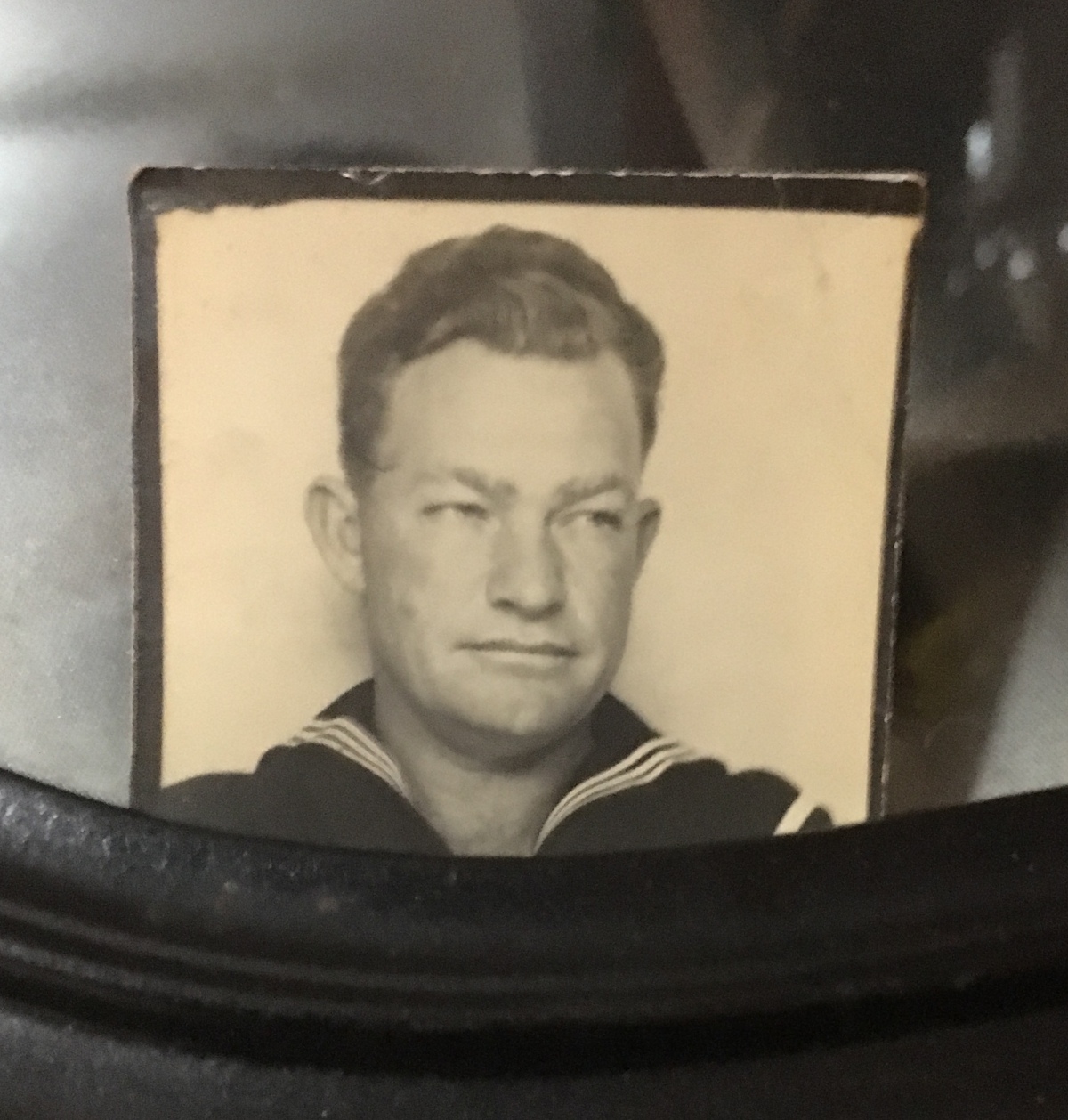 On the wall in a spare bedroom at my wife’s grandmother’s house hangs an old portrait of a sailor. It was the kind of portrait that was made on black and white film with color added by hand as a part of the development process. I always stop and look at this picture whenever we are visiting Grandma Mattie.

“That was my father, Claude Cornelius Cooper.” She told me at my first visit.

Mr. Cooper had been a sailor in the 1930s. He got out of the Navy and came back home to south Alabama where he purchased a farm from a cousin or uncle. It was during these last years of the Great Depression that he realized he could reenlist to the Navy for a few years and be able to pay the farm off. So he did just that.

He was on the USS Neosho on December 11th, 1941. The oiler was able to successfully escape the harbor and the destruction of that day of infamy.

It was at the Battle of the Coral Sea on May 11, 1942 that the Neosho was attacked and set afire. A destroyer rescued the surviving crew and then scuttled the Neosho.

Claude Cornelius Cooper was not among the survivors. He left behind his wife and children and the farm.

I read a lot of books about war. Perhaps it is the little boy in me that finds this history so interesting. More likely I find it interesting because I have never experienced the hellish nightmare of combat. One thing that is inescapably painful to me as I read these histories is the massive cost in human life that war demands.

Memorial Day is a day set aside for remembering. We remember the thousands upon thousands of individual Americans who have died in the name of freedom. It is a heavy and somber day. A day when history becomes personal.

Who are you remembering today?