They happen so fast; wrecks. In the blink of an eye, one careless motion can change someone’s entire life. 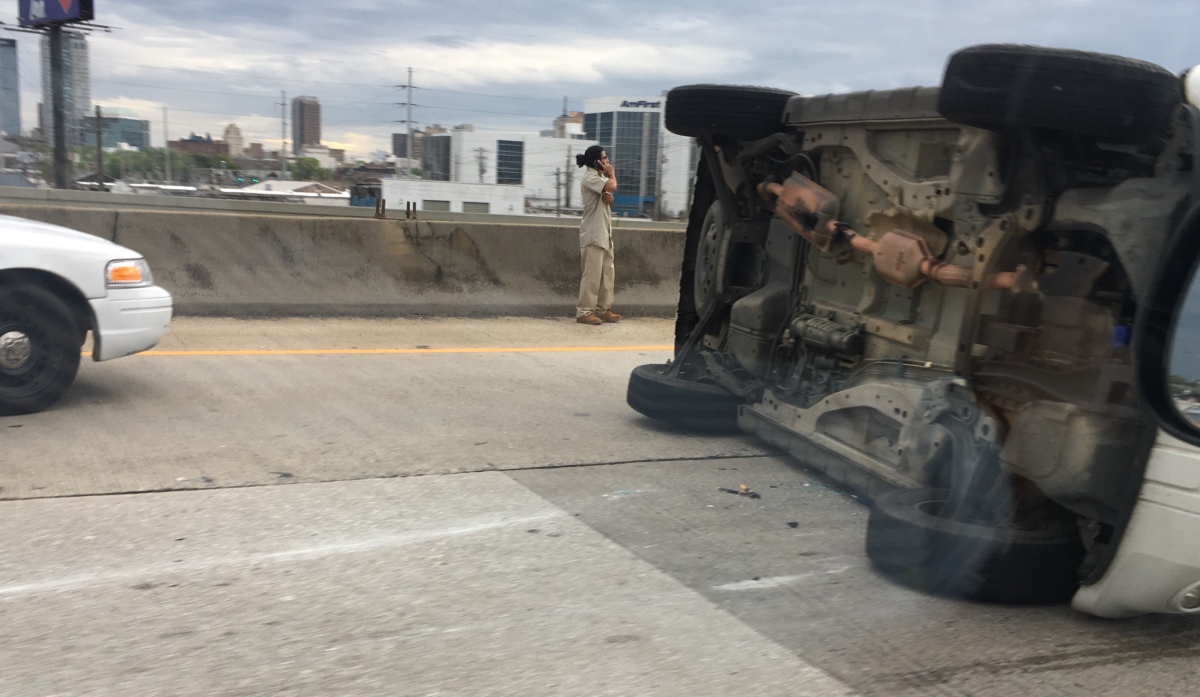 I got behind a UPS truck pulling doubles this morning on the way to work. Ordinarily I would have passed him, but after watching him weave back forth into the fast lane and then all the way onto the opposite shoulder a few times I decided it would be prudent to follow a good way behind until the interstate widened to three lanes. These are the kind of drivers that cause accidents. After a while I watched the truck driver run merge into another lane, running a pickup truck off the road and onto the shoulder. I blew the horn because I felt I needed to do something. It could have been a nasty wreck.

They happen so fast; wrecks. In the blink of an eye, one careless motion can change someone’s entire life. In the time it takes to check a text message someone could brake check you and you’ll be checked out for good.

It is rare that I do not see at least one accident per week on my commute. I have spent hours parked on the interstate behind countless accidents, making me late for work, and more importantly late for home. In April of 2019, I was late for work because of a wreck in Birmingham. As we crawled past the scene I snapped a quick picture with my phone, mainly as evidence for being late. When I finally got to work and had a chance to look at it I was struck by how powerful the image was. Since then, I’ve tried to capture a photograph of every wreck I’ve seen. I’ve captured quite a few over the past year, but I don’t even get half of them. Sometimes it just isn’t safe to try take a picture.

It is easy to forget that an inconvenience in schedule for thousands may be fatal for one. While someone is furious about being late to a place that they would rather not go, someone else will never get to speak to a loved one again. I try to think about this when I see a wreck.

I share all of the wreck photos on Instagram. They don’t get a ton of likes. I think because people may feel uncomfortable liking such horrible subject matter. Nevertheless, whenever I meet one of my social media friends in person they always bring up the wreck pictures. It is human nature to want to gawk at calamity, that’s why we rubberneck on the highway, even if we don’t smile about it.

I’m not sure how you look at art, but I like to imagine what is going in the picture. These images all tell a story.

You can find more wrecks of the week on my Instagram account. As always, thank you for your support.