My family and I recently moved to Cullman, Alabama. It’s not necessarily important that you know that, but I thought I’d get it out of the way, and use it as an excuse for not blogging in over a month. Anyway, I thought the best thing that I could do as a new member of the community was to attend the Cullman Christmas Parade the weekend after we arrived. Sarah and I got the kids all bundled up and we traipsed downtown in the frigid 50 degree weather to get some hot chocolate and cookies, and to stand on the sidewalk to watch the parade. It was a disjointed affair because the parade route crosses a major highway that can’t be closed, so there were several ten minute gaps as the high school marching bands, politicians, and fire trucks waited at the red light. As if seeing Mickey and Minnie Mouse, a live church band playing on a trailer, Batman riding a motorcycle, a real live member of the state legislature, some real estate agents square-dancing, and cousin Eddie walking behind his Winnebago wasn’t enough, we got the added excitement of getting to walk as a mob on the road as we made our way en masse over to the park to see the Christmas Tree lighting. There is something exhilarating about walking down the middle of the road, It’s a lot wider than it seems when you’re in a vehicle.  When we got to the park, we all sang Silent Night as a community, which was really quite moving. Then we listened to the Christmas Story, the real Christmas story read straight out of the Bible by a City Councilman. Wesley missed the actual tree lighting part of the ceremony because he had to make an emergency bathroom break in the shrubbery. 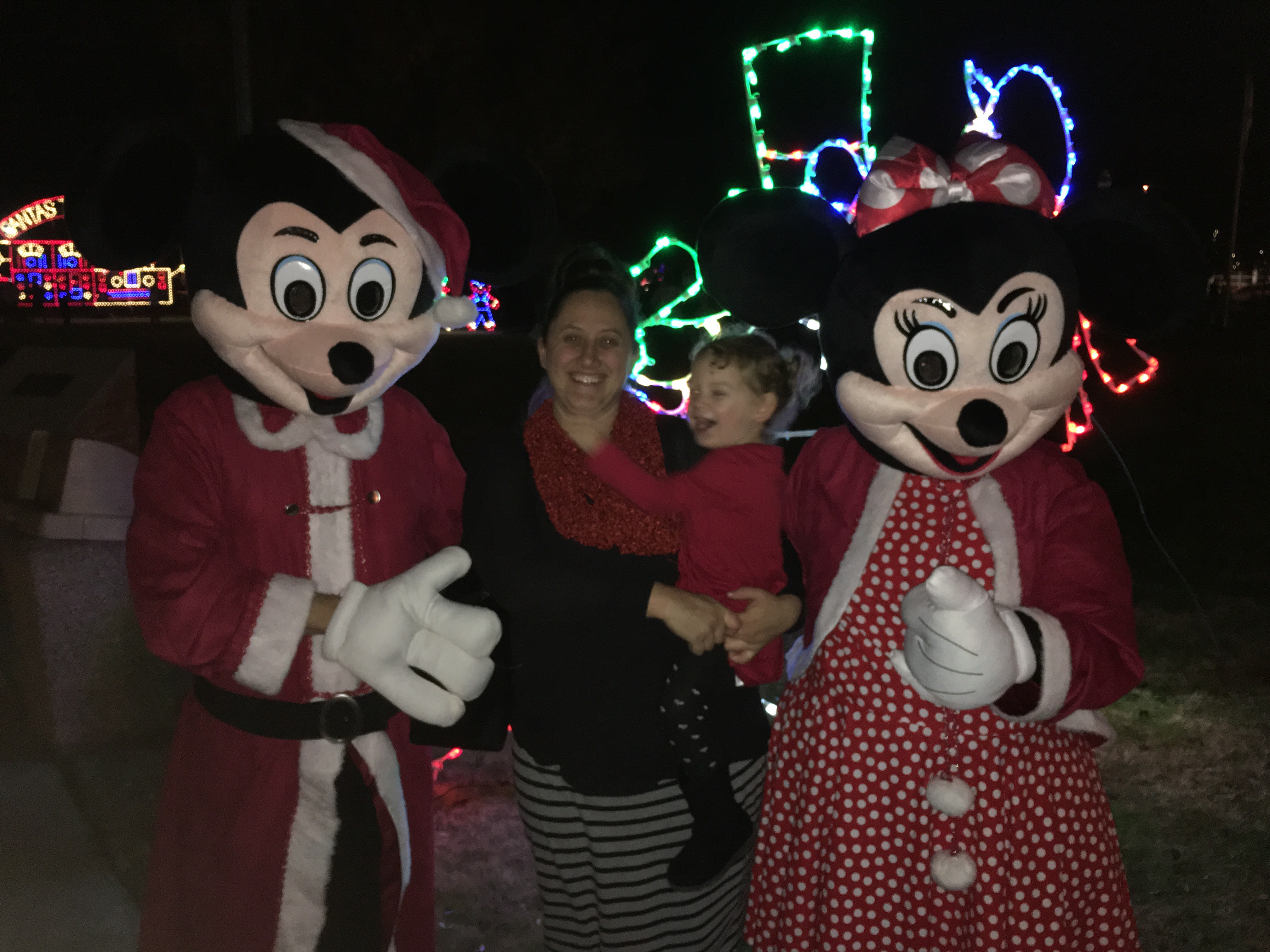 The most dangerous and entertaining part of the after events at Christmas Parades is the speeches. When I was a kid, back before the internet, the whole town would come out for the Christmas Parade. They’d stand on the street and watch it coming and going. Then we’d walk to the parking lot in front of the City Hall/Police Department and listen to a choir sing on the portable stage that had been hastily brought out of it’s storage place behind the Water Board. The choir was amplified by a single microphone in hopes of combatting the steady flow of traffic that had been waiting for the parade to finish. After this, there were usually speeches by local dignitaries. It was on this stage that one of the most memorable speeches in the history of Vincent, Alabama was given by the drunken Honorable Judge Jimmy Sharrbutt. I’m sorry to play it up so much, because I only remember two lines, but they have become colloquialisms in the language of my family.

“When I saw the lights under the bridge, I cried.”

“Oh. And anotha’ thang. One of them Hassett boys broke my arm.”

When you’re a kid, a lot of times you don’t notice when someone is drunk. As an adult you can recall their behavior, speech, and countenance and clearly see that they were drunk.

After the speech we would light the giant Christmas Tree, the largest live Christmas tree in the State of Alabama, that stood by the Norfolk Southern railroad. This tree, along with the giant red and white plaster Christmas bells from the 70’s, for me are the epitome of municipal Christmas Decorations.

There is a timeless feeling that comes with a parade in a small town. It’s something that’s left over from centuries past, when people were not afraid to come out and see their neighbors. Parades are a lasting ritual from the time before television, the internet, and smartphones made the world a much smaller and less enchanted place. The wonder of technology has nearly stripped us of the wonder of the moment. Parades are one of the last remaining purely community gatherings. I’m glad my kids got to experience a genuine small town Christmas Parade, even if there were no drunk Judges.