“It has been my unfortunate lot in life to have cut a double portion of the usual requirement of grass.”

It has been my unfortunate lot in life to have cut a double portion of the usual requirement of grass. I’ve even cut grass for a living, that’s where I learned to say “mow lawns”, which sounds better to the rich people. I first started helping cut grass shortly after I learned to walk. That’s only partially true as my duties were limited to “picking up sticks.” The late Victorian House in which I was raised was situated on a former pecan orchard, so there was no want of limbs to pick up, as you may be well aware that these trees are prone to splitting. There was also no want of pecans to pick up, which is what our task was whenever there was no grass to cut. Dad was very interested in keeping us boys busy, “You boys fill this five gallon bucket up with pecans and I’ll let you wash the car.” 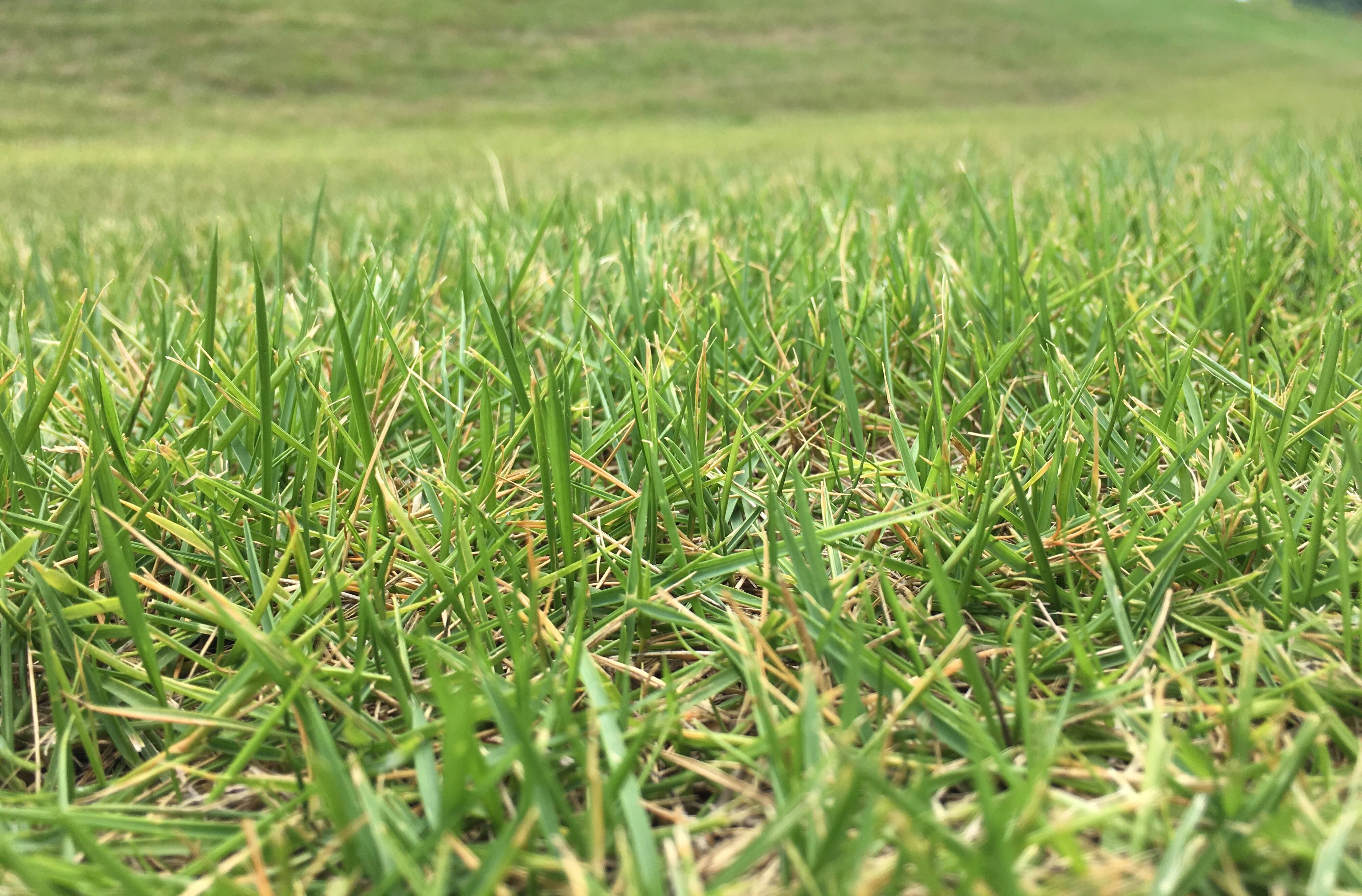 While I picked up limbs Dad would cut the grass with his ancient Snapper riding mower and Zach would push a faded red push mower around the tight places where the Snapper couldn’t reach. Once I was finished picking up the sticks I had to “roll the kudzu back.” Kudzu is an invasive vine brought over from China by the government years ago to help slow erosion. It can grow as much as a foot per day in a climate like central Alabama and if you don’t keep it in check it will soon overtake your yard. I’ve seen kudzu grow up over sidelined box cars on the railroad after they’ve sat for a couple of weeks. You roll the kudzu back by picking up as much of the vine as you can and pushing it back on top of itself. It’s also a good idea to set fire to a kudzu patch once a year or so. It helps if a responsible adult is nearby, but that’s another story.

The first time Dad let me drive the Snapper I drove it straight into the kudzu patch. The vines tangled the blades and shut the mower off. After Dad freed the blades he let me try to drive it again and I almost flipped it when I turned too close to a Pecan tree. I never have had good luck with those Snapper mowers.

Eventually the faded red push mower and the Snapper died from being overworked and Dad bought Zach and me brand new, matching grey Briggs & Stratton push mowers. He was very thoughtful, knowing that we might fight over who got to cut grass. Our Pastor had asked over the pulpit for volunteers to cut the church grass, my Dad spoke up immediately, “Me and the boys will do it.” Cutting the church grass wasn’t all that bad, since the church was only about two hundred yards down the hill from our house. The biggest problem with the church grass was that for the most part it was a just a ditch about fifty yards long. This is where I learned to hate Weed-Eaters. I was grown before I realized that Weed-Eater was a brand, so it’s hard to call them anything else. Cheap trimmers always rotate the wrong way and turn your pants green with grass clippings. Once I slipped and fell while trimming the weeds on a huge pile of top soil that sat too long from a parking lot expansion. I fell on top of the still running Weed-Eater and it whipped my shins for a few seconds as I tightly gripped the handle, which maxed out the throttle. A lot goes through your mind when you’re in a tight spot like that.

When Zach got his license Dad upgraded us to a Murray riding mower. Now, in addition to mowing the church grass, we got to load the riding mower in the truck and go cut my grandmother’s grass. This wouldn’t have been an issue if we’d have had a ramp to load the mower. We learned to despise that mower because the blades would come loose. Sometimes you wouldn’t realize that until you got ready to make the next lap. When the blades came loose, the entire mowing operation came to a halt. You had to find your brother who was fighting a losing battle with a cheap Weed-Eater, because tightening the blades was a two man operation. We would lift the front end of the mower and stand it up perpendicular to the ground, one brother would hold the mower steady and the other brother would try to tighten the blades with a rusty pair of channel-locks and a crescent wrench. This whole issue could have been remedied in about two minutes if Dad would have had a socket wrench set. My brother and I thought that a socket wrench set was the most expensive tool kit made.

As a teenager I did some work for our local blacksmith doing odd jobs around the farm. While he did have a nice Weed-Eater that didn’t throw the grass clippings on you, he still had an old Snapper mower. You don’t complain much when you’re finally getting paid to mow, so I put a smile on and learned to drive the Snapper. There were fences all over the property and some of them were electric. There was one particular hill that I had to mow that had an electric fence at the bottom. Although it was a little nerve racking to mow on an incline next to the electric fence, I soon got the hang of it. The trick was never to drive down the hill toward the fence, but rather to drive alongside of it. One early morning I was mowing the grass still wet with dew. I made the first pass right up against the fence without any issues, but somehow when I was turning to make another pass the mower tires slipped on the wet grass and I was heading straight toward the electric fence. I managed to make a right turn as I slammed into the electric fence. The hill was so steep that I slipped off the mower as I was flying down the hill. When I finally stopped, my left foot was caught under the still running mower deck, my right foot was on the mower and I was pinned between the heavy mower and the electric fence. A lot goes through your mind when you’re in a tight spot like that. I couldn’t reach the ignition switch to turn off the mower that was still in gear forcing me against the electric fence. Electric fences are not like what you see in Superman cartoons. Thank God. They only send pulses of electricity. I don’t know how long I sat there getting shocked every couple of seconds and feeling the mower blade cut into my boot. Eventually the top strand of wire on the fence broke allowing me enough range of motion and presence of mind to switch off the Snapper. I never have had good luck with those Snapper mowers.

When I moved away from my hometown I had a brief stint knocking doors for a lawn care business. We were supposed to be securing leads for the field reps to come give estimates on lawn care and irrigation. When I learned that people were willing to pay money to install sprinklers for the sole purpose of making grass grow I was dumbfounded. Who in the world would want to make grass grow on purpose? I had spent a good portion of my life up until then keeping grass at bay by mowing it as low as I could. Once I started working for a professional mowing service I learned that it is “more healthy” for the grass if you don’t mow it so low. I also learned that you’re supposed to sharpen your mower blades once in a while. But my biggest revelation came when I learned that a socket wrench set was in fact quite affordable. This was a lot of information at one time. Do y0u remember how you felt after first learning that Santa Claus wasn’t real? Or that feeling when you realized that your big brother’s Bowie knife had not actually belonged to the real Jim Bowie, but in fact was made in Pakistan? Or the sinking feeling you had when you learned that the Lone Ranger was just an actor? If you remember those feelings, then you understand how I felt. I decided that it might be time to start looking for another job.

In recent years I have been fortunate enough to be in retirement from cutting grass. Now you’re probably expecting me to write about reconciling with all the mowers of my past and let this story have a happy ending. I could write something sentimental about how now I realize that I learned many life lessons behind the wheel of a Murray lawnmower. I could describe the therapeutic feeling that mowing lawns brings because you’re able to see the finished work. I could tell you that I miss the relaxation and solitude of riding a zero turn mower while listening to opera on fancy noise cancelling headphones. But I won’t, I don’t like to lie. I hate cutting grass and I don’t miss it.

Your patronage is greatly appreciated.